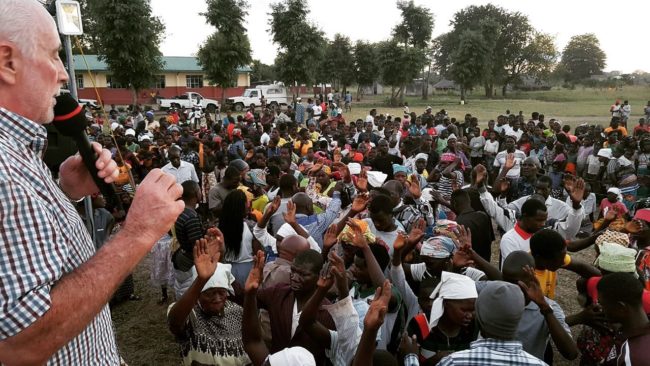 Report back from a trip to Inhaminga and Doro in Sofala province Mozambique.
I was invited by Afrika wa Jesu Ministries, to come and teach at their Conference and do the graduation ceremony at their Bible School. I have known Rod and Ellie who run Afrika wa Jesu since 1985 and have travelled with them into Moz a number of times teaching and training their leaders. They have a heart to plant churches and train leaders in 8 Provinces of the nation. They have churches scattered all over the nation with a total number of 17,000 members. To have the privilege of ongoing friendship and being invited again to sow and build into this kind of ministry is huge privilege.
During the week I taught the students on Evangelism. They had my manuals translated and printed for the sessions. They were absolutely delighted. We covered about 17 hours of teaching during the week and had special meetings and lunches with certain of their apostolic leaders and pastors. It was a very rich time with an overall 240 leaders at the conference.
The week of training finanlised with 95 students (new leaders) graduating. 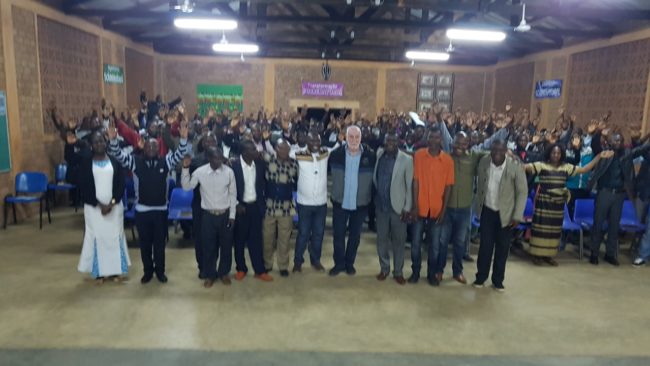 On Saturday we travelled to a town called Ndoro, where in 1992 I had previously done a crusade. Late afternoon we saw over 1000 on the field. By sunset 700 had given their lives to the Lord. A partially blind woman (who could see as far as her feet only) was healed. A former witch doctor was saved and his crippled knee was healed…He ran about the field), there were other healings as God truly does manifest His word with evidence. Sunday morning we has church on the field again. Over 80 were filled with the Holy Spirit with definite evidence of speaking in tongues. They started to worship and did not want to leave.
It was truely a magnificent time.
To travel from Beira to Inhaminga is only 200kms – BUT it takes between 5-7hrs depending what is on the road. It is Africa.
The devastation of the cyclone is hard to believe how powerful it was. Testimonies are horrific … family members still missing, a family huddled together for two days on the ground holding onto each other in wind and constant rain as everything, everything they have is gone. They are brave.
Thank you – for praying when you can and thank you that we can be part of such a powerful passionate church as Cornerstone.

I leave on Saturday with 21 people going in two teams to Moz again.
We are pioneering  where “The streets have no name” and planting 3 churches and conferences again.
Pray for safety for the team and God’s power to impact lives.  Its a privilege to have this calling.
Subscribe to our newsletter

Have you ever preached this truth?

‘HOSPITAL WEEK’.
What brings a ministry to a close?
Login to Keir Tayler
Reset Password
Enter the username or e-mail you used in your profile. A password reset link will be sent to you by email.